A step back in time helps us to understand our experience of law.

The rule of ‘law’ is the glue which holds our society together. But where did the word ‘law’ come  from? There is some deep history nested in the distinction between ‘lex’ and ‘law’. Law is an old Viking word whereas the word lex is a more scholarly word with its origin in Latin. Both have common Proto-Indo-European origins perhaps 7,000 years ago.

Sit back and enjoy this step back in time as we uncover the history that sits behind both words and explore the different experiences of modern day law. 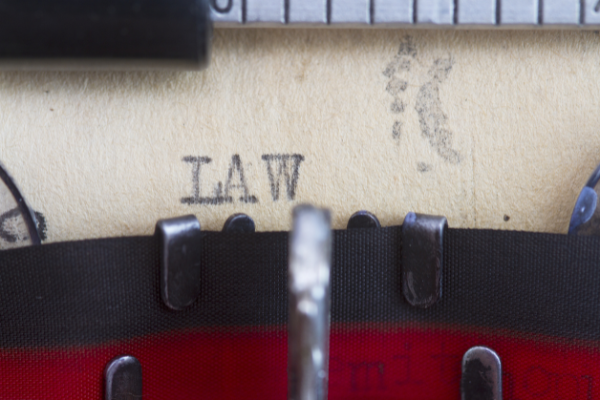 LEX
Lex derives from the Latin verb legō ‘to gather, take off, tear off, pick, roll up, look through, read’, denoting originally a ‘collection (of legal rules, principles)’. Immediately, the connection to ‘legislator’ becomes apparent– as someone proposing law from above.

If we go back in time to the Roman empire with its military might and dominance, the power of the empire was administered and enforced by written laws and commands, supported by a vast bureaucracy that was so very sophisticated for its time. During this era, lex therefore had a strong connection with reading and writing.

LAW
If we travel beyond the northern frontiers of the Roman empire, amongst the cultural traditions of the Germanic peoples, including the Anglo-Saxons and Scandinavians, a rather different sense of ‘law’ evolved. Here, law was sourced in custom, spoken but unwritten. The word origin of ‘law’ means ‘something laid down, that which is fixed or set’. The collective plural, literally translated, was ‘layer’. ‘Lawyer’ perhaps also derived from the Old English ‘lahwita’, with wita meaning ‘sage, wise man, adviser, councilor’. And so law might be imagined as layers of custom, accumulating over time and fixed in place like sedimentary rock. An especially deep-seated layer was evoked by the Old English word, ‘freedom’.

The English settlement of British Isles
A public assembly of a Germanic tribe was described by Tacitus, the Roman historian of the first century AD, when he saw that the King or chief ‘is listened to, speaking rather by the influence of persuasion than by the power of commanding.’ The English settlement of the British Isles occurred across the fifth and sixth centuries, following the Roman withdrawal of 410 AD – and they carried their language and customary laws with them.

While lex was sharpened by the precision of writing in Latin and powered by logic, the English language was a ‘deep, long-toughened tongue’ and a ‘fully developed poetic language’. Old English evoked ‘a certain fascination in the imagery of its metaphors, as when the sea was called the “road of whales”…battle the “play of swords” and a boat “sea-wood”. The scant amount of English writing we see used the Runic alphabet, made up of scratches in wood and stone.

Vikings & the English
Some centuries later, the Vikings raided and settled parts of Britain. In 884, a treaty was struck between the English and Vikings dividing territory and the governing laws and customs. North-east of the line, the ‘Danelaw’ applied. And following lots of intermingling of Viking-English language and law, the Norman French conquered England in 1066. In doing so, they recognised English law and custom as ‘the law of the land’. 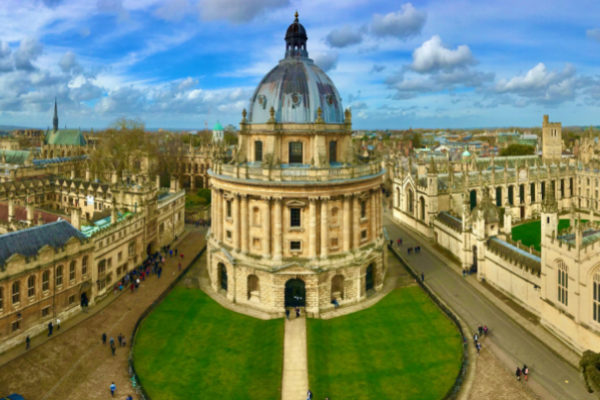 Law of the Land
Soon after, the great English universities of Oxford and Cambridge were established, with Latin the language of scholarship. Under the influence of the Roman church, the object of study was Roman law – especially with the revival of Justinian’s Code, then taking hold across continental Europe – together with church (or ecclesiastical) law. By a papal bull of 1218, the clergy were banned from practising ‘common law’ in the secular courts.

And so, London emerged as the stronghold for the ‘law of the land’ – as the seat of the secular English common law courts of justice. The common lawyers formed guilds, which later evolved into the Inns of Court – having a continuing tradition of legal education and self-organisation stretching back at least as far as 1320. Lawyers spoke of legal procedure amongst themselves and with judges in Law French and the written records of decisions were captured in Latin. But within these procedural frameworks, it was still the local (usually) English-speaking juries who needed to be persuaded, and who decided cases according to the ‘unwritten, customary law’.

The evolution of written English
We need to remember that for most of the past 1,000 years, the English language was a predominantly spoken, rather than written, ‘mother tongue’. It was always a struggle to wrestle the English sounds into the shape of the Roman alphabet. It took the Black Plague – which disproportionately killed town dwelling French and clergy-cloistered Latin speakers – for English speakers to rise more fully into positions of power. And it took the rise of the printing press for English spelling and grammar conventions to crystallise over time. Indeed, it was only in 1733 that the Latin and French written records of English law had to be translated into English!

Law and Lex distinction in modern Australia
In Australia, it was only in the 1960s that, for the first time, the number of qualifying Australian lawyers with university law degrees started to outgrow those pursuing the traditional ‘guild’ pathway into the profession by articles of clerkship. The casebook method of university teaching took hold, packaging Australian law within a Roman lex framework, overlayed with the Latin, deductive mindset of scholarship. And the exponential growth and sheer volume of legislation generated by Australian governments – both state and federal – only seemed to reinforce the impression of law as an exercise of top-down power.

Moving into Brexit…
In Europe, a gulf wider than the English Channel has long separated the ‘bottom-up’, inductive common law mentality from the ‘top-down’, deductive mentality of continental lawyers. While the UK joined the European Union in 1973, and much healthy cross-fertilisation occurred in law-making across the Union, a deep-seated fissure in outlook always remained. The mindset divide can be characterised by the distinction between ‘lex’ and ‘law’. Looking back on 2020, denigrating the ‘Brussels bureaucrats’ buried in their written regulations – and evoking the counterpoint of ‘freedom’ – were slogans ripe for exploitation in the UK Brexit vote, decided, as it was, by a small majority. 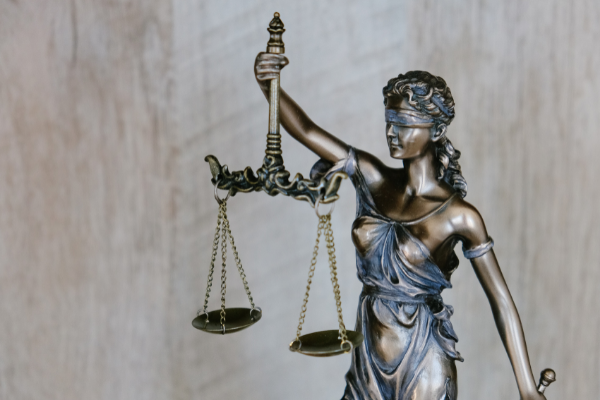 The bedrock of Common Law
But the depth and breadth of the common law – its patterns of thought and organic, self-organising fractal shape – remains the bedrock of our idea of law even today. The common law is large enough to contain whatever the extent of law making from above. It precedes the very idea of government, as symbolised by the statues of Lady Justice which adorn our courts, with scales and sword in hand. In our legal system, lawyers see things differently from legislators.

The great Australian poet, David Malouf, has said that ‘language is not only the vehicle by which speech is expressed, but for most of us it is also a machine for thinking, for feeling’. In celebrating the value of Australia’s common law inheritance, Malouf connects this with the adaptability and strengths of the English language, moving as it does by association, unlike ‘other languages [which] move by logic’. In doing so, he evokes Shakespeare who:

…made metaphor the form through which English illuminates the world and its connexions, uncovers meaning, makes those imaginative sideways leaps that constitute our peculiar way of thinking…but also of ‘touching’ the objects that comprise our world by making them immediate and real (‘Made in England: Australia’s British Inheritance’, Quarterly Essay, 12/2003).

This is the language of persuasion in courtroom settings, whether before judges and juries or within the huddle of a negotiation. The law school machine for thinking and feeling is rather different.

Accordingly, this mindset gap between ‘law school’ and ‘lawyer school’ might well be described as the difference between ‘lex’ and ‘law’.

Reflecting on this historical context, we might ponder the different wiring of lawyers’ brains in the common law secular tradition compared with those brains hardwired in universities and continental Europe. We each have a little lex and law in our education and training – and perhaps a tendency to lean more towards one way than the other in practice.  As we continually welcome law students into university – and law graduates into PLT and practice - it is useful to reflect upon how we train graduates and entry level lawyers in the context of these traditions. Undoubtedly a mix of lex and law is characteristic of any legal career. As in the past, lawyers need to be able to think and translate both ways. With this in mind, we can see the importance of cultivating both languages of law to achieve our aspirations to become a ‘whole lawyer’.