Dr Bernadette Boss was born in England and studied and qualified as a practicing barrister.  She emigrated to Australia in 1993. Dr Boss initially worked in Crown Law then transferred from the Army Reserve to the Regular Army and served for five years. She overcame personal fears to complete a basic parachute course and during this period deployed to East Timor and to Christmas Island for the Tampa Crisis.

Returning back to the private bar in 2002 while simultaneously studying for a PhD and continuing in the Army Reserve, Dr Boss was deployed to Iraq, Afghanistan, back to East Timor and to the Solomon Islands.  In the 2007 Australia Day honours, she was awarded a Conspicuous Service Cross for command of Sydney University Regiment. On the private practice side, a highlight for Dr Boss was an appearance in the High Court as a junior counsel. She has practiced primarily in criminal, family law, administrative, military law and other human rights.

In 2012 Dr Boss was appointed to the bench as a Magistrate of the ACT. As there is no intermediate Court in the ACT, this appointment provided a wide range of interesting and intellectually stimulating matters to determine as well as the more run of the mill entry level matters. ACT Magistrates are also Coroners. This is an ancient area of law that still has considerable common law power. As circle sentencing Magistrate she had the privilege of working with the local First Nations people and learning from them.

In 2021 Dr Bernadette Boss was appointed as Interim National Commissioner for Defence and Veteran Suicide Prevention and in 2022 we are delighted to have her join the team at Leo Cussen Centre for Law.

Attained the rank of Brigadier in the Army Reserve, awarded a Conspicuous Service Cross and published a significant report that has been nationally influential as INCDVSP

Interests – learning to be a blacksmith 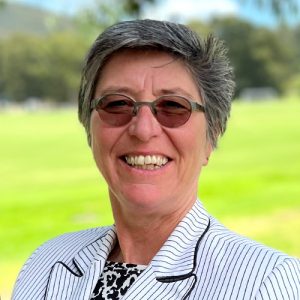